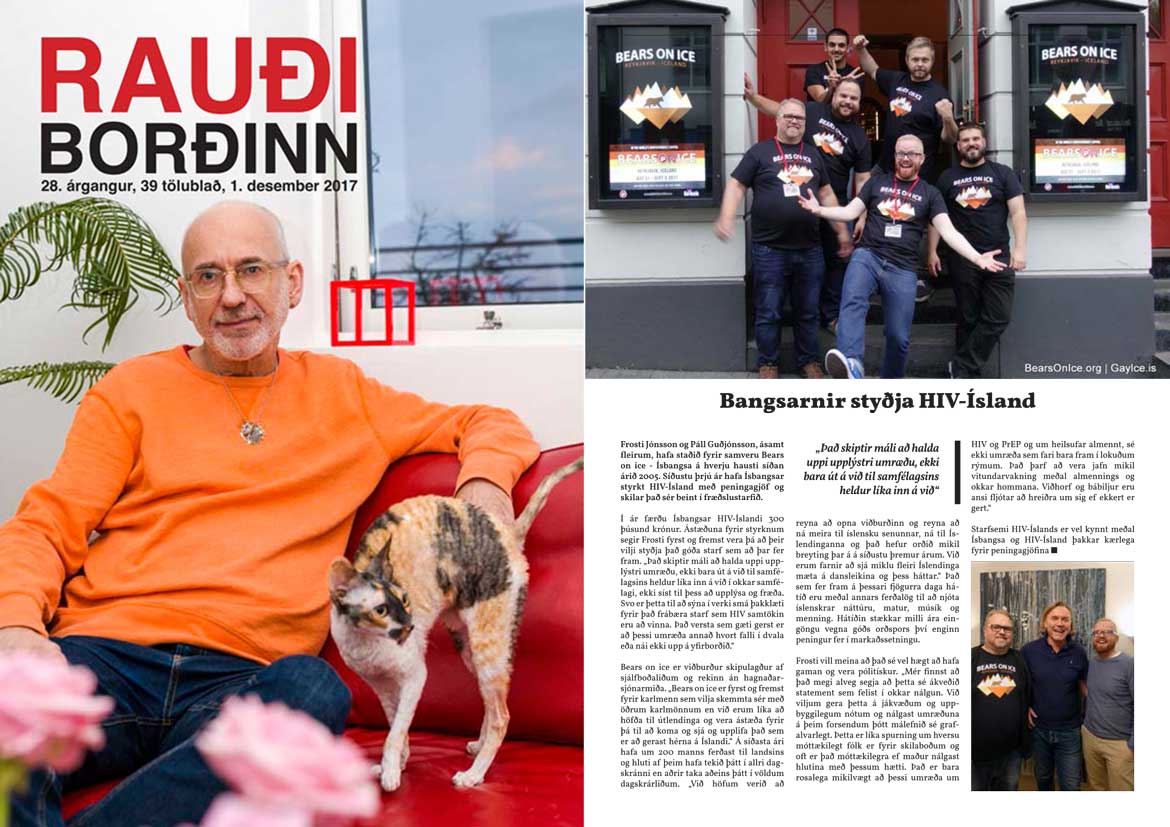 Here is a clip from HIV Iceland’s annual newsletter Rauði Borðinn 2017. The interview with Frosti, the main organizer of Bears on Ice, talks about the event, what it is all about, how it has grown through good reputation as it has no advertising budget and also the importance of organizations like HIV-Iceland.

HIV-Iceland do an amazing work to combat stigma, educate people and support those who are HIV positive. They have been advocating for instant HIV testing and making PrEP available in Iceland and both have been recently introduced in Iceland. The also took part in Reykjavik Pride for the first time in 2017 and that has been a great boost for their morale and visibility.

Bears on Ice is a not for profit event run by volunteers bring like-minded guys from all over the world together and to boost the gay scene in Iceland. For four days they mingle, socialize, explore Icelandic nature, make new friends and party together at night.

More on this story here: BEARS ON ICE donates $3000 to HIV Iceland