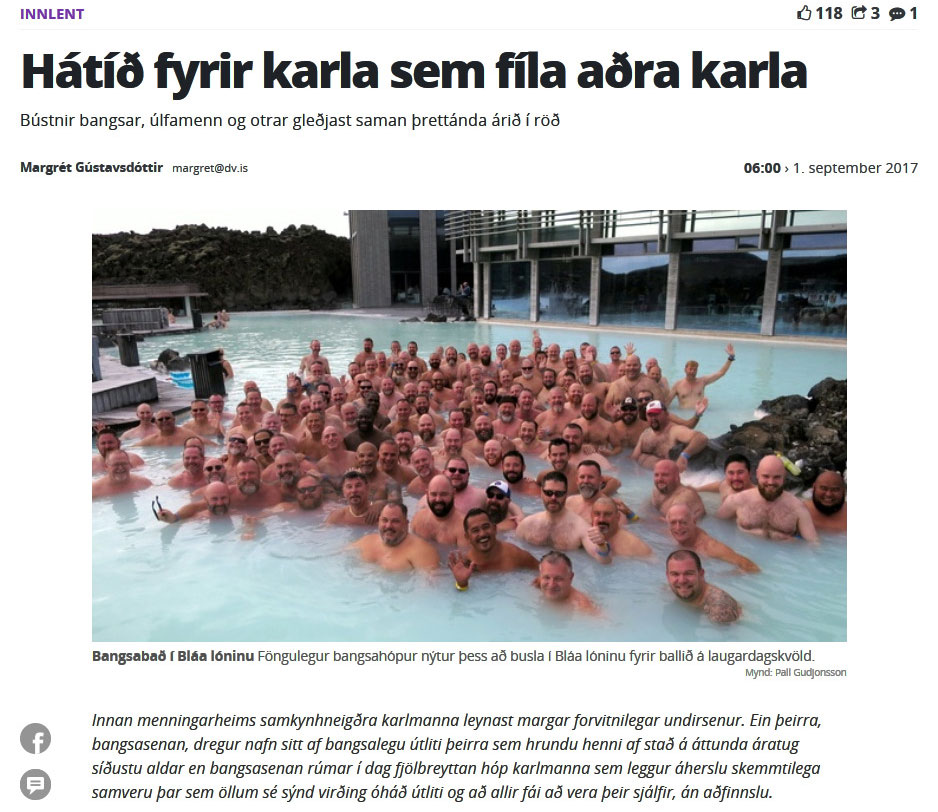 This article appeared in DV, one of Iceland’s biggest newspaper / news-websites. It's an interview with Frosti Jónsson, who plans the event, and talks about the history of the event, bear culture in general, how it all got started and what it's all about.

The headline is “A festival for men who are attracted to men” and the subtext is about the burly bears, wolves and otters who gather here for a fun weekend the 13th consecutive year.

The article also mentions some of the relationships that have started when couples met for the first time at Bears on Ice and how some of those later led to marriages and who some even travelled back to Iceland to get married here as they could not do so in their own countries.