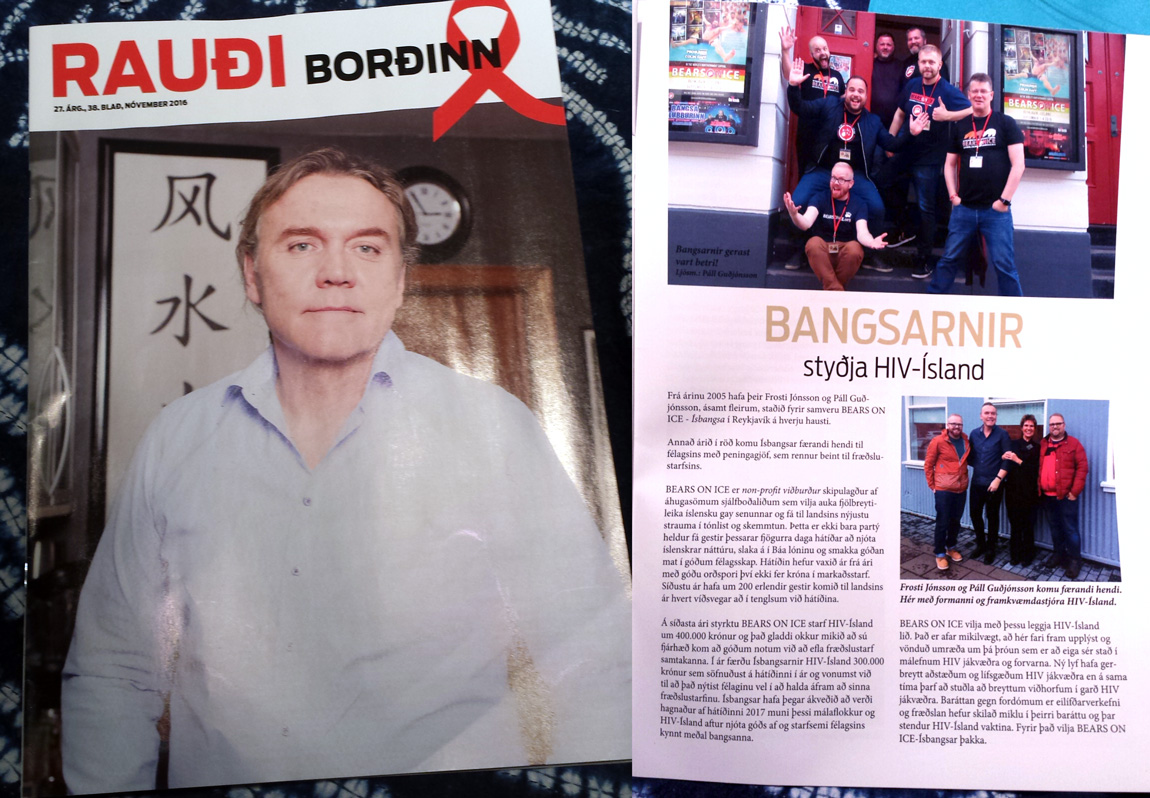 Here is a clip from HIV Iceland’s annual newsletter Rauði Borðinn. Bears on Ice is a not for profit event run by volunteers to boost the gay scene in Iceland and bring like minded guys from all over the world together. For four days they mingle, socialize, explore Icelandic nature, make new friends and party together at night.

Some years the event breaks even financially and some years there is something extra left over after all the bills are paid. That happened after the 2015 and 2016 events and the BOI group decided to donate it to HIV Iceland’s educational program 400.000 kr. in 2015 and 300.000 kr. in 2016 or about a total of 6.173 USD. HIV Iceland is also our chosen charity if 2017 turns out to be profitable. They do amazing work to combat stigma, educate people and support those who are HIV positive.

More on this story here: Bears express their gratitude and donate $2600 to HIV Iceland 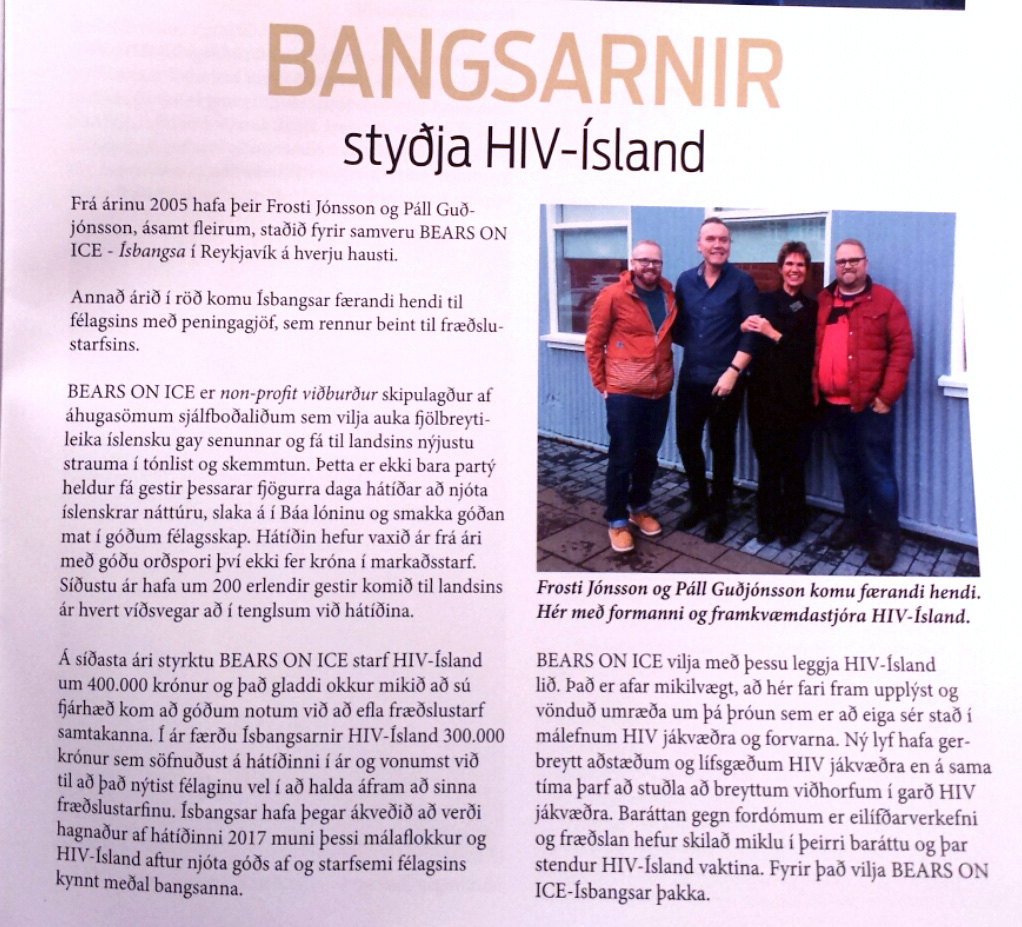